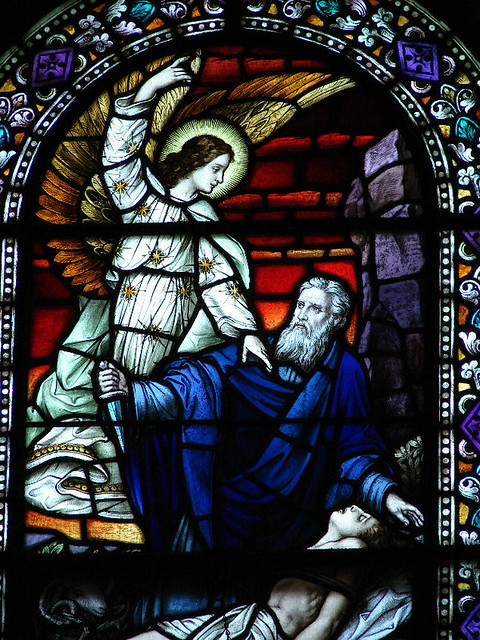 In James 2:14-26 we learn that what a person does as works is driven by their beliefs. Their works are a manifestation of what they believe. If one believes in being made right with God by doing works, they demonstrate that they don’t understand the gospel. They don’t understand the work that Jesus did on the cross to atone for their sins. The example of Abraham and Isaac is given. Abraham would not have went to sacrifice his son Isaac if he didn’t truly believe God told him to do it. By obeying God, he demonstrated his true belief in God. When we do God’s will because we believe Him, and His word, it demonstrates the kind of faith that separates us from demons who believe in God and tremble, as well as those who attempt to attain righteousness by their works. The believing heart and mind agree that there is nothing worthy in them, and entirely rely on Christ, and in so doing rejoice in Christ and His grace. This moves them to do works that are pleasing to Him because of His great love, and mercy, true believers demonstrate grace to the lost world of suffering sinners for the glory of Him who saved them.
James 2:14-26
Faith and Works
What use is it, my brethren, if someone says he has faith but he has no works? Can that faith save him? If a brother or sister is without clothing and in need of daily food, and one of you says to them, “Go in peace, be warmed and be filled,” and yet you do not give them what is necessary for their body, what use is that? Even so faith, if it has no works, is dead, being by itself.
But someone may well say, “You have faith and I have works; show me your faith without the works, and I will show you my faith by my works.” You believe that God is one. You do well; the demons also believe, and shudder. But are you willing to recognize, you foolish fellow, that faith without works is useless? Was not Abraham our father justified by works when he offered up Isaac his son on the altar? You see that faith was working with his works, and as a result of the works, faith was perfected; and the Scripture was fulfilled which says, “And Abraham believed God, and it was reckoned to him as righteousness,” and he was called the friend of God. You see that a man is justified by works and not by faith alone. In the same way, was not Rahab the harlot also justified by works when she received the messengers and sent them out by another way? For just as the body without the spirit is dead, so also faith without works is dead. (NASB) James 2:14-26