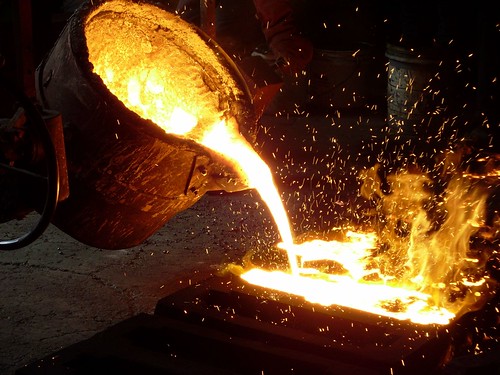 Keep in mind, what I am going to be writing about is not a prophecy, nor did I get a, “word from God.”  This is just my own personal observations, and thoughts.  I have been thinking lately, that we have had an unusual time of learning, and growing for the last decade or so.  There have been good teachers, and plentiful resources.  Even though there has been persecution around the world, and oppression in other parts of the world, we have been pretty safe here in the USA.  We have had a lack of tribulation.  We have had plenty of time to mature in Christ.  We have been sitting in relative comfort.

I think this time is coming to a close.  I think many Pastors, and teachers are headed for a fall.  The world system, and the enemy are going to be putting Christians, their faith, and knowledge of Christ to the test.  Our sins will seem to come at us with a vengeance, and destructive force that we are not accustomed to.  This is where the rubber meets the road.  Will we buckle under the temptation?  Will we resort to being greedy, selfish, unkind, mean, arrogant, prideful, lustful, adulterous, covetous, abusive, addicted, or fill in the black with whatever sin has been eating at your assurance over the past years, some besetting sin, that you’ve as of yet not had victory over?(1 Peter 1:7, Heb 10:32-36)

We’ve already seen some Pastors/Preaching Elders fall into heterodoxy, or outright apostasy.  We have seen marriages end, and abuses happen.  I think these are just the beginning of what is to come.  We’ve had time to prepare, grow, and learn to fight sin.  I think the time has come, and God is going to put us through trials, and tribulations.  I’m not talking eschatologically here.  It seems the season is here for our good, the Churches good, and sanctification.  Those who are left standing after the fire, will be the ones who have persevered.  We need workmen who have shown them selves approved. (2 Tim 2:15, 1 Cor 9:24-27, James 1:2-4)

Don’t fret or worry.  Rest assured in the God who saves, and sanctifies.  He will also glorify.  When you fall to sin, repent immediately.  Accept Church discipline.  It is for your good, and the Churches good.  Don’t resist out of pride.  Don’t go to another Church, or movement.  Don’t utilize a loophole like that to escape what will bring you back to spiritual health in Christ.  It is the means He has ordained. (Rom 5:3-4)

Let’s do our due diligence, and submit to our Savior fully, and with all the zeal due Him.  Study His word, apply it, discipline your mind and body, make war against sin!  Rest in His righteousness, and utilize the weapons, and protections He has given us. (Eph 6:10-18, Heb 12:1-3)

We see at work in the world, both good and evil. This last weekend, I was reminded of the battle that is being waged in the spiritual realm, and its ramifications in the material world. After a wonderful service at Church, I checked my Facebook account, only to find out about the Church shooting in Texas. I was frustrated at my response. I was not outraged, or shocked. I felt bad for the victims. I prayed for them, but I was not burdened enough by the horror that had occurred. I found myself desensitized by the violence, and the evil that propelled it. Part of this hardening is due to my 22 years as a Corrections Officer, witnessing the doctrine of Total Depravity fleshed out.

I began to think about this in contrast to the wonderful time of worship, prayer, fellowship, and learning, I experienced on the Friday, and Saturday, that preceded the evil that occurred on Sunday. Hundreds of brothers, and sisters in Christ, from different Churches around the area, came together for the Reformation 500 Conference. It was such a joy to see the unity of the body. I was encouraged by news of revival by Dr. Beeke during the Q. & A. session. I could see the results of it in my little corner of the world. I met some brothers, I had not known before. Fellowship in Christ was easy, and familiar like a homecoming. I went home encouraged and uplifted.

The next morning at Church Dr. Dennis exposited the word of God faithfully, it too was a joy. Then to hear about the malignant work of evil in Texas, as I mulled over my lack of significant emotional response, and what it meant about my heart. Then later in the day, news came that struck much closer to home. A teen, who was about my daughter’s age, and the son of a Pastor I know, had committed suicide. This young, well liked, healthy, teen, killed himself. There was some lie he had heard from the enemy, in some shape, way, or form, which moved him to this. I don’t know what it was. The details don’t matter right now, just the fact that they have had their beloved son torn from them by evil, and its lies.

This happened directly after such a wonderful time, which it caused in me to think of how much was going on behind the scenes, so to speak. We live our lives, not considering the battle going on about us, oblivious to it and the effects. Why does it seem the highs and lows of the spiritual life are in constant rise and fall? A wonderful thing happens, and is immediately followed by a horrible thing. An unspeakably evil thing occurs, and then a marvelous event is witnessed. It keeps going on, and on.

While we are able, let’s revel in the glory, love, and righteousness of God. Let us love and minister to the hurting, and share the gospel of Christ with the world. They, who are laboring under the burdens of the world system, and the condemnation of sin, have no reprieve, unless by the power of God they be saved. Let’s be bold in proclaiming hope through Jesus. Let’s not neglect the delicate work of soul care. The injured, battered, abused, victims of evil in this world must be led by those justly inflicted, injurious wounds to the only one who can heal, and bring them to wholeness, Jesus Christ.