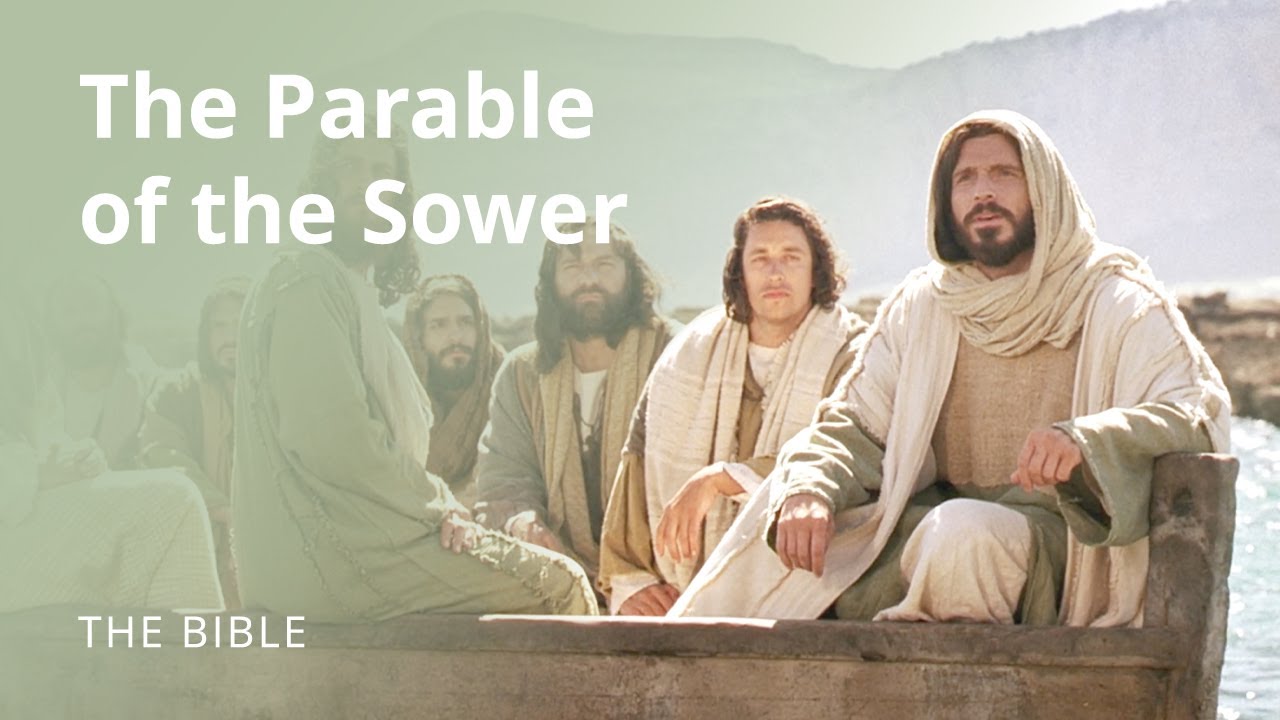 Here is the setting and context,
Mat 13:1 That day Jesus went out of the house and was sitting by the sea.
Mat 13:2 And large crowds gathered to Him, so He got into a boat and sat down, and the whole crowd was standing on the beach.
Mat 13:3 And He spoke many things to them in parables,
He was preaching to the Jews about salvation and what that would look like,
saying, “Behold, the sower went out to sow;
Mat 13:4 and as he sowed, some seeds fell beside the road, and the birds came and ate them up.
Mat 13:5 “Others fell on the rocky places, where they did not have much soil; and immediately they sprang up, because they had no depth of soil.
Mat 13:6 “But when the sun had risen, they were scorched; and because they had no root, they withered away.
Mat 13:7 “Others fell among the thorns, and the thorns came up and choked them out.
Mat 13:8 “And others fell on the good soil and *yielded a crop, some a hundredfold, some sixty, and some thirty.
Mat 13:9 “He who has ears, let him hear.”
Then His disciple ask the question,
“Why do You speak to them in parables?”
His answer in context to what He was teaching seems pretty clear.
Mat 13:11 Jesus answered them, “To you it has been granted to know the mysteries of the kingdom of heaven, but to them it has not been granted.
It appears that He knows that they are not permitted to understand, and that the parables are part of that judgment from God against them. God has granted to them to hear and understand, but He has excluded the others as judgment against them. They don’t have the ability to hear or understand according to God incarnate. If we have Jesus we have the Father. He sovereignly willed that they not come to an understanding of salvation.
Jesus explains further that it is because they didn’t have him from the beginning and that what they have(not him, but self-righteousness) will be taken away.
Mat 13:12 “For whoever has, to him more shall be given, and he will have an abundance; but whoever does not have, even what he has shall be taken away from him.
Mat 13:13 “Therefore I speak to them in parables; because while seeing they do not see, and while hearing they do not hear, nor do they understand.
Here Jesus recalls the prophecy He gave through Isaiah,
Mat 13:14 “In their case the prophecy of Isaiah is being fulfilled, which says, ‘YOU WILL KEEP ON HEARING, BUT WILL NOT UNDERSTAND; YOU WILL KEEP ON SEEING, BUT WILL NOT PERCEIVE;
Mat 13:15 FOR THE HEART OF THIS PEOPLE HAS BECOME DULL, WITH THEIR EARS THEY SCARCELY HEAR, AND THEY HAVE CLOSED THEIR EYES, OTHERWISE THEY WOULD SEE WITH THEIR EYES, HEAR WITH THEIR EARS, AND UNDERSTAND WITH THEIR HEART AND RETURN, AND I WOULD HEAL THEM.’
As judgment against them they would be blind until the land of Judea was destroyed by the Romans. So God determined to do this to them in His sovereign, just, and righteous will.
This in context to the earlier verses shows us the other side of the coin, that these people are the ones who will be given more.
Matthew 13:16-17 NASB
[16] “But blessed are your eyes, because they see; and your ears, because they hear.
[17] “For truly I say to you that many prophets and righteous men desired to see what you see, and did not see it, and to hear what you hear, and did not hear it.
Matthew 13:34-35 NASB
[34] All these things Jesus spoke to the crowds in parables, and He did not speak to them without a parable.
[35] This was to fulfill what was spoken through the prophet: “I WILL OPEN MY MOUTH IN PARABLES; I WILL UTTER THINGS HIDDEN SINCE THE FOUNDATION OF THE WORLD.”
These truths are from the beginning, before anyone was created.