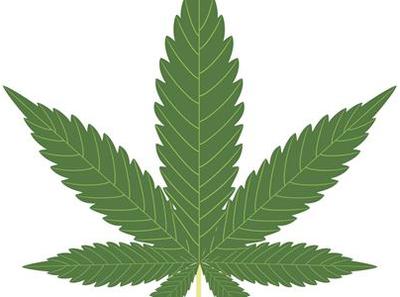 The Holiness of God.

As we will be studying what God’s word has to say about His holiness, I thought I would quote some of what our elders have said on the topic of holiness in this brief preface to our study. We can learn from their wise counsel. Also, We would be remiss to do a study of holiness without first acknowledging the source. The holiness of God is not merely, or solely, an attribute of His among many others. To quote Charles Hodge, “The holiness of God is not to be conceived of as one attribute among others. It is rather a general term representing the conception of God’s consummate perfection and total glory. It is His infinite moral perfection crowning His infinite intelligence and power.” There is no other quality of God that the seraphim angels praise three times, time and again in eternity. [Isa 6:3 NASB] “And one called out to another and said, “Holy, Holy, Holy, is the LORD of hosts, The whole earth is full of His glory.” To know God, we must know He is holy, and we are not. “Only one attribute of God, in sacred Scripture is emphasized three times. Only once is a characteristic of God mentioned three times in succession. The Bible says that God is holy, holy, holy. Not that He is merely holy, or even holy, holy. He is holy, holy, holy. The Bible never says that God is love, love, love; or mercy, mercy, mercy; or wrath, wrath, wrath; or justice, justice, justice. It does say that he is holy, holy, holy, that the whole earth is full of His glory.” R.C. Sproul.

God, Being distinct, other than, separate, set apart, in moral perfection, transcendent in His holiness, cannot be fathomed by man. This holiness also manifests as majesty. The chasm that separates us from Him due to our sin is so great, only the cross can bear us from one sin to glory. R.C. Sproul wrote, “The most violent expression of God’s wrath and justice is seen in the Cross. If ever a person had room to complain for injustice, it was Jesus. He was the only innocent man ever to be punished by God. If we stagger at the wrath of God, let us stagger at the Cross. Here is where our astonishment should be focused.” The only way to please the holy God, is for Him to provide what is pleasing. In Christ, He has provided righteousness for our justification. In Christ, we are separated from sin, and set apart for His use. We are consecrated to and for the glory of God. Jonathan Edwards wrote, “Never did God so manifest His hatred of sin as in the death and suffering of His only begotten Son. Hereby He showed Himself unappeasable to sin, and that it was impossible for Him to be at peace with it.”

Our problem is that we are not holy. Here is a quote from R.C. Sproul, “Sin is cosmic treason. Sin is treason against a perfectly pure Sovereign. It is an act of supreme ingratitude toward the One to whom we owe everything, to the One who has given us life itself. Have you ever considered the deeper implications of the slightest sin, of the most minute peccadillo? What are we saying to our Creator when we disobey Him at the slightest point? We are saying no to the righteousness of God. We are saying, “God, Your law is not good. My judgement is better than Yours. Your authority does not apply to me. I am above and beyond Your jurisdiction. I have the right to do what I want to do, not what You command me to do.” It is evident that we must come to the knowledge of what holiness is by contrasting our dire lack of it with its perfection in God’s being.

A.W. Tozer had this to say, “We cannot grasp the true meaning of the divine holiness by thinking of someone or something very pure and then raising the concept to the highest degree we are capable of. God’s holiness is not simply the best we know infinitely bettered. We know nothing like the divine holiness. It stands apart, unique, unapproachable, incomprehensible and unattainable. The natural man is blind to it. He may fear God’s power and admire God’s wisdom, but His holiness he cannot even imagine.” This is the transcendent holiness of the Creator. It is on display for us, in the natural creation, in His word, and personally in His Son.

“Without such a vision of God’s holiness, true worship is not possible. Worship is not giddy. It does not rush into God’s presence unprepared and insensitive to His majesty. It is not shallow, superficial, or flippant. Worship is life lived in the presence of an infinitely righteous and omnipresent God by one utterly aware of His holiness and consequently overwhelmed with his own unholiness… If you have never worshiped God with a broken and contrite spirit, you’ve never fully worshiped God, because that is the only appropriate response to entering the presence of Holy God.” John MacArthur.

“God’s holiness means He is separate from sin. But holiness in God also means wholeness. God’s holiness is His “God-ness.” It is His being God in all that it means for Him to be God. To meet God in His holiness, therefore, is to be altogether overwhelmed by the discovery that He is God, and not man.” Sinclair Ferguson.

“If every attribute of the Deity were a distinct member, holiness would be the soul to animate them. Without holiness His patience would be an indulgence to sin, His mercy a fondness, His wrath a madness, His power a tyranny, His wisdom an unworthy subtlety. Holiness gives decorum to them all.” Puritan, Stephen Charnock.