Yes, that time of year is upon us once more. The dreaded pagan holiday where people put up scary decorations, and attempt to frighten off the demons that come around extorting them for treats, or else tricks. As Christians, most of us have had the debate internally as well as externally, over whether or not to celebrate Halloween due to its pagan roots. No matter where you land on that issue, I have an alternative to offer you, “Reformation Day!”

The Protestant Reformation was a pivotal instance in world history. In public education, little is made of it. In the same way little is made of the spread of Christianity being responsible for the Renaissance era. The world actually credits humanism for the Renaissance, and blames Christianity. Without a Christian world-view, we’d all still be stuck in the dark ages. This is my assertion, and opinion. You are free to go argue the point somewhere else if you don’t agree. I’m not going to argue over it. I do believe it is factual. I’m old enough to remember how history was taught when I was a kid in school, as opposed to now. When I was a kid the pilgrims were heroes, and the puritans were too. Now the indians are considered peaceful, spiritual, earth hippies, who were victimized by the pilgrims. It seems that the, “Ministry of Truth” Orwell wrote about is in full effect.

Anyway, back on task. On October 31st in 1517, when Martin Luther nailed his list of 95 thesis to the Church door, he started something big. A movement began. People started to question what Rome had been telling them. Soon they would have the Bible in their own language to read for themselves. Armed with God’s word, they were able to analyze Rome’s lies against the truths of the Bible. The movement only picked up more steam from there.

It wasn’t without problems. The peasant uprising occurred. Much to Luther’s dismay many of his countrymen died. They were fighting against tyranny and lies. Much like then, tyranny lives on today in the form of secular-humanism, globalism, and leftism. All of these can be sub-categorized under satanism. I believe we must continue to protest against spiritual tyranny in all of its manifestations. One way to do that is to teach our children about what happened, and what to do about it. We commemorate Reformation Day, as a memorial to the past saints, and martyrs, who travailed and suffered for the one true faith. We also must remember that our turn may well be upon us, and if we forget the lessons of the past, our futures will be that much more spiritually impoverished.

So, on October 31st, don’t just had out candy, do trick or trunk, or hide out with the lights off. Watch the 2003 movie, “Luther” with Joseph Fiennes. Read the 95 Thesis and try to figure out what that Luther fellow was all upset about. Have a Bible study on the doctrine of justification, or how to resist tyrants. Consider the effects, both good, and bad, of the Reformation. Wonder at the grace demonstrated by God in bringing the world out of the dark ages. Hand out some gospel tracts to the kids knocking on your door. Put up some decorations that might make your neighbors ask, “What the heck kind of Halloween decoration is that Ted?” Educate someone about freedoms they enjoy due to the Reformation. The gospel of Christ will not disappear from the Earth. The truth and light will not be extinguished. We can thank God, all of us, for justification by faith alone, and the other four Solas that came out of the Reformation. You could even do a little lesson on the Solas.

Don’t forget what happened, and teach the kids to remember as well. Have a great month, and enjoy the holiday by enjoying God, and the peace you have with Him, in Christ. 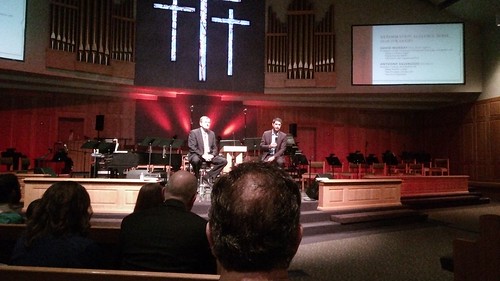 I don’t know if you are aware of this, but little ol’ Meridian Idaho had a conference November 3rd, and 4th in celebration of the 500th anniversary of the Protestant Reformation.  We were blessed with presentations from Dr. Joel Beeke, President of Puritan Reformed Theological Seminary and accomplished Christian author, and Dr. Stephen Myers, Associate Professor of Historical Theology for the PhD program at Puritan Reformed Theological Seminary.

The Well Church in Boise did a wonderful job of organizing and putting it on.  The Valley Shepard Church of the Nazarene hosted the event in their facility.  I’ve never seen so many Reformed Theology people in one place.  It was very encouraging.  I thought there were only like five of us in the whole state.  From what I understand over 600 people registered for the conference.  It looked to me like most of them showed up.  Here is a picture of Dr. Beeke at the book table. 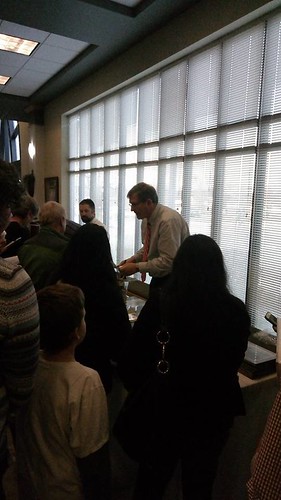 Here is the crowd at the book tables. 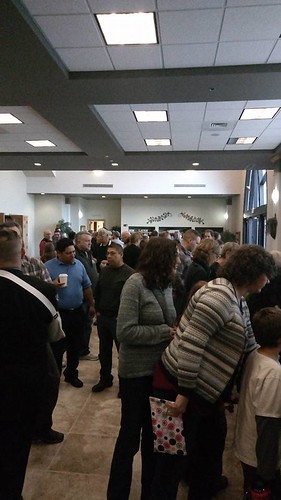 I met some folks, made some connections, and had a great time learning.  One of the people I met was Casey Ralls.  He attends the Well Church, and was recording the conference.  He also sent me a link to the Youtube playlist so all of you folks who couldn’t attend, could watch the conference on Youtube.  Isn’t that great?  Here is the link.