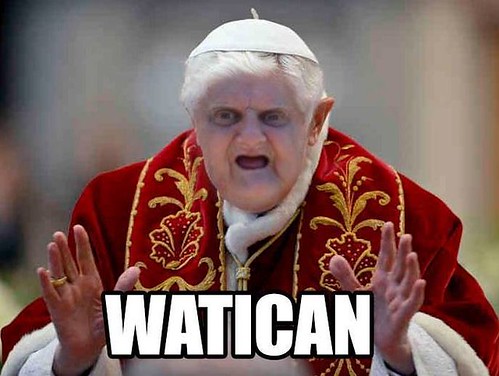 I wrote an article about the Eastern Orthodox Church’s unbiblical practice of calling their preaching elders, “Father.” After posting that article to social media, a Roman Catholic responded. He did not identify himself as Roman Catholic until I directly asked him. The article was posted to a group that was for Protestant fans of a particular television ministry, radio ministry, and podcast ministry. He obviously had a problem with my article, but all of the comments he posted only demonstrated their adherence to the same unbiblical practice. He cited many extra-biblical sources from the early Church where men were referred to as, “Father.” This was supposed to add authority to his argument, but in reality it reinforced my assertion. It was sad that he couldn’t see this or understand it. Everything was filtered through his Roman Catholic lenses. If he had read and understood the article, he would have noticed the distinctions I had illustrated. The very type of hypocritical oppression inflicted by men elevated by titular role over the rest of the body is the exact thing that was being warned against. It isn’t calling someone; “Father” like Paul did in reference to himself and Timothy as his son in the faith. It wasn’t calling some early Christians, “Early Church Fathers.”

To illustrate what it is, we will look at what a Roman Catholic Father’s duties are in the Roman Catholic Church. (Apostate roman church) First, let us consider the Mass. What does the Father do in the Mass? Here is a quote from the Catholic Education Resource Center’s website about the Mass.

1“The Holy Mass is the holiest thing we have here on earth. Why? Because it is the action of Christ. The main thing in the Mass is not what is read from the Holy Scriptures, even though this is the word of God and should be listened to as such. The main thing in the Mass is not what the priest preaches in his sermon nor what the people do or sing. The main thing is what Christ does. And what does Christ do in the Holy Mass? He offers himself for us, as he offered himself on the Cross. He sacrifices himself for us. That is why we say that the Mass is the same Sacrifice as that of the Cross renewed in an unbloody manner on the altar. On the altar just on the Cross, Christ offers his body and blood for us. The difference is that on the Cross his body and blood were visible to the eyes of those who were present, while in the Mass they are hidden under the appearances of bread and wine. But they are really present. This is the great fact. In each Mass, Christ is really present and renews the Sacrifice of the Cross.”

As you can see, Roman Catholics are to believe that Christ is recrucified every Mass, and they must attend, partake, and believe in this sacrament to experience the grace of God again. They believe that the blood and body are truly present as the bread and wine of the Eucharist. The Priest a.k.a. Father administers the Mass as well as under his issuance transubstantiation of the elements occurs. Here is what their Catechism says about the Priest’s role.

Catechism — On the Priest’s Role at Mass

875 “How are they to believe in Him of whom they have never heard? And how are they to hear without a preacher? And how can men preach unless they are sent?” No one — no individual and no community — can proclaim the Gospel to himself: “Faith comes from what is heard.” No one can give himself the mandate and the mission to proclaim the Gospel. The one sent by the Lord does not speak and act on his own authority, but by virtue of Christ’s authority; not as a member of the community, but speaking to it in the name of Christ. No one can bestow grace on himself; it must be given and offered. This fact presupposes ministers of grace, authorized and empowered by Christ. From Him, bishops and priests receive the mission and faculty (“the sacred power”) to act in persona Christi Capitis; deacons receive the strength to serve the people of God in the diaconia of the liturgy, word and charity, in communion with the bishop and his presbyterate. The ministry in which Christ’s emissaries do and give by God’s grace what they cannot do and give by their own powers, is called a “sacrament” by the Church’s tradition. Indeed, the ministry of the Church is conferred by a special sacrament.”

You can see from their documentation that grace is a substance issued by their Priests, during the Mass where the also engage in the Eucharist. The Father is not part of the body. He holds a special position and title. Without him, the grace from Christ’s recrucifixion could not be given to the body. Without him, the bread and wine would not become Christ’s body and blood, and could not be issued to the people of the body. Do you see how this is exactly the type of unbiblical, hypocritical, works righteous, oppressive, authority that was warned about in Matthew 23:1-12 as I explained in yesterday’s article.

For anyone who doubts what I said about the Mass here is another quote from CERC,

3“The holy Eucharist is the “mystery of faith.” Without faith, all you would see is bread and wine being offered, no more. Without faith, the most you could see in this is a gesture, a symbol, nothing more. With faith you know that at the moment of the Consecration which is when the priest says, “This is my body,” “This is the cup of my blood” the bread and wine are changed into the body and blood of Jesus Christ who is then really present as God and as Man sacrificing himself for us on the altar as he sacrificed himself on the cross. If you come to Mass without faith, or with little faith you will easily get distracted and perhaps even bored. What a sad thing to get bored with Christ’s sacrifice! Would we have been bored if we had been present at Calvary? If we hadn’t faith, perhaps we would. Or at least we would have completely failed to understand what the death of that Man nailed to the cross really meant. You will only begin to understand the greatness of the Mass if you have faith. Stir up your faith. And then you will always be amazed at the Mass, you will realize that it is the greatest thing we possess here on earth.”

As you can see the Priest is a necessary component in the Mass. Only when he raises the elements and proclaims them to be Christ’s actual body and blood, do they become His body and blood. Also, notice how you have to stir up your faith, you have to believe it to see it, otherwise, “…Without faith, the most you could see in this is a gesture, a symbol, nothing more…” So while most of the Protestant world takes communion in remembrance of Christ and His crucifixion, the RCC does not. While we believe in the imputation of Christ’s righteousness by faith and grace that are from God, they do not. Don’t be deceived, Roman Catholicism is not in the least Christian. It is an apostate misplaced worldly faith with man made traditions that are in authority over scripture. Scripture is done violence by and subjugated by man made tradition and doctrines of the devil. 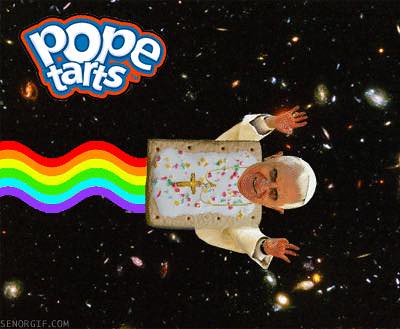 “The purposes of the Mass

What else should you do, besides having a lot of faith, if you want to attend Holy Mass well? You should identify yourself with Christ. You should remember the Scriptures and have “the same mind” “that he had on the cross (cf. Phil 2:5). The same mind which means the same purposes. What purposes did Jesus have on the cross? What was he concerned about? We can sum up his ends or purposes as four: to give glory to God the Father; to thank him; to make up for the sins of men; and to ask him for graces for us. If each time you go to Mass, you try to live at least one of these four purposes, you will attend Holy Mass well.”

“The third purpose: to make up for our sins

Jesus is perfect God and perfect Man. He is all-holy. Therefore he has not and could not have been guilty of any sin. But, as the Holy Scriptures says, he took our sins on himself and made up for them. He did penance for us by dying on the cross. If we want to take part properly in the Holy Mass, we must be sorry for our sins. The person who is not sorry for his sins will never understand or love the Mass, nor will he ever really take part in it. But the person who comes to Mass with real sorrow for his sins, will draw from it great strength to fight against temptations and to realize that, despite his weaknesses, God loves him very much.

The penitential act the “I confess” that we all say together at the start of the Mass does not pardon mortal sins. Forgiveness of mortal sins has to be obtained in the sacrament of penance. It is also important to remember that a person who has committed a mortal sin cannot go to communion unless he goes to confession beforehand. But the penitential act, if it is said well, certainly helps to obtain pardon for present venial sins as well as to stir up new sorrow for past sins that have already been forgiven. In this way it helps us to purify ourselves and so to take better part in the Holy Mass.”

As you can see, there is nothing Christian about the Roman Catholic Mass.  It is man made tradition.  In other words doctrines of the devil.  The Father’s role in the Mass is no less satanic.  The Reformers were right to leave this apostate Babylonian whore. 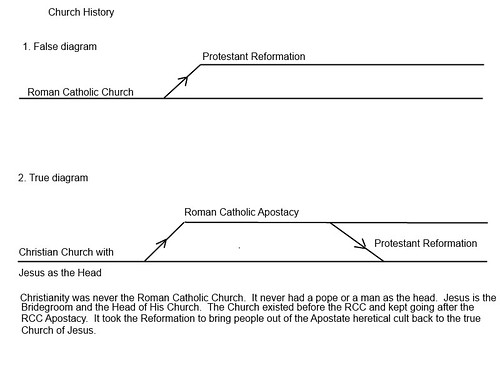 6 thoughts on “Some Roman Catholics Didn’t Like My Article, “Call No Man Father” So Here Ya Go Ya Heretics!”