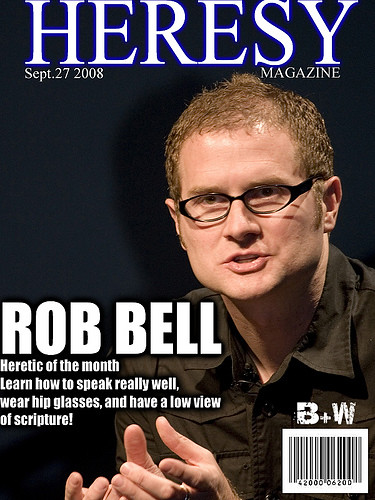 As a direct answer to this ludicrous assertion I will simply reference the mind of God revealed in His Word.

“ 18For the word of the cross is foolishness to those who are perishing, but to us who are being saved it is the power of God.

19For it is written,
“I WILL DESTROY THE WISDOM OF THE WISE,
AND THE CLEVERNESS OF THE CLEVER I WILL SET ASIDE.”

20Where is the wise man? Where is the scribe? Where is the debater of this age? Has not God made foolish the wisdom of the world? 21For since in the wisdom of God the world through its wisdom did not come to know God, God was well-pleased through the foolishness of the message preached to save those who believe. 22For indeed Jews ask for signs and Greeks search for wisdom; 23but we preach Christ crucified, to Jews a stumbling block and to Gentiles foolishness, 24but to those who are the called, both Jews and Greeks, Christ the power of God and the wisdom of God. 25Because the foolishness of God is wiser than men, and the weakness of God is stronger than men.” 1 Corinthians 1:18-25 (NASB)

To the person who is a friend of the world, the gospel is foolish, and they are enemies of God.

“
1What is the source of quarrels and conflicts among you? Is not the source your pleasures that wage war in your members? 2You lust and do not have; so you commit murder. You are envious and cannot obtain; so you fight and quarrel. You do not have because you do not ask. 3You ask and do not receive, because you ask with wrong motives, so that you may spend it on your pleasures. 4You adulteresses, do you not know that friendship with the world is hostility toward God? Therefore whoever wishes to be a friend of the world makes himself an enemy of God. 5Or do you think that the Scripture speaks to no purpose: “He jealously desires the Spirit which He has made to dwell in us”? 6But He gives a greater grace. Therefore it says, “GOD IS OPPOSED TO THE PROUD, BUT GIVES GRACE TO THE HUMBLE.” 7Submit therefore to God. Resist the devil and he will flee from you. 8Draw near to God and He will draw near to you. Cleanse your hands, you sinners; and purify your hearts, you double-minded. 9Be miserable and mourn and weep; let your laughter be turned into mourning and your joy to gloom. 10Humble yourselves in the presence of the Lord, and He will exalt you.” James 4:1-10 (NASB)

Only the people being saved will appreciate the gospel. Everyone else will hate it to varying degrees. Some will seem indifferent to it, while others hate for it will be evident. If two people are looking at Christ and His gospel, and one has a new nature that desires the things of God and hates sin, and the other person is not regenerate, they are still in the world, and their fleshly passions still rule them, the first one will see Christ and His gospel as exceedingly good news to be desired above all things. He will be like the man who sells all he owns to purchase the field with the precious pearl in it. The other man will think the first is a fool, and mock him. He will spend his life a slave to his own pleasures.

Now I will address the quote in context. I had to look it up, as I do not read Rob Bell’s works as he is a heretic and outside of orthodoxy. It was from his book, “Velvet Elvis.”

“If the gospel isn’t good news for everybody, then it isn’t good news for anybody. And this is because the most powerful things happen when the church surrenders its desire to convert people and convince them to join. It is when the church gives itself away in radical acts of service and compassion, expecting nothing in return, that the way of Jesus is most vividly put on display. To do this, the church must stop thinking about everybody primarily in categories of in or out, saved or not, believer or nonbeliever. Besides the fact that these terms are offensive to those who are the “un” and “non”, they work against Jesus’ teachings about how we are to treat each other. Jesus commanded us to love our neighbor, and our neighbor can be anybody. We are all created in the image of God, and we are all sacred, valuable creations of God. Everybody matters. To treat people differently based on who believes what is to fail to respect the image of God in everyone. As the book of James says, “God shows no favoritism.” So we don’t either.” Rob Bell

Bell is attempting to relate his opening statement to a homogenous group called, “the church.” He tries to relate the two by claiming that, “the church” is wrong for, “trying to convert people and convince them to join.” He claims that instead, “It is when the church gives itself away in radical acts of service and compassion, expecting nothing in return, that the way of Jesus is most vividly put on display.”

Bell does not define what, “the church” is. His opening statement is not supported by the following sentences of the paragraph. As I demonstrated above, the Bible is clear about whom the gospel is good news to. It cannot be good news to those who are ultimately to perish outside of Christ. They will reject it, and continue on in rebellion to God. Using this statement to start his paragraph was not proper. I understand what he was attempting to say in his inaccurate use of language. First, let’s assume that when he references, “the church” that he means all of the people, past, present, and future, from all nations, and tribes, from all over the planet, who have been regenerated by the Holy Spirit, being brought to new life, who see how detestable their sins are, and are humbled by them in contrast to the holiness and righteousness of God, and have repented of their sins, and put their trust and faith in God incarnate, their Lord and Savior, Jesus Christ, who suffered the penalty of their sins on the cross of His crucifixion, paying for them completely, dying, being buried, and resurrected on the third day, conquering death and sin on behalf of His elect. He would have been more accurate to say, “The Church should demonstrate the grace, and sacrificial love of Christ to the lost world, in their words, and deeds, motivated by their new natures, and renewed minds, by the will of God the Father, and the power of the Holy Spirit working in and through them.”

Words have meanings, and the imprecise language of Rob Bell and his ilk causes much misunderstanding and confusion. If he desires to be understood properly he should be more precise.

Another statement was presented along with the first, by the individual who presented the statement to me. They wrote, “Blessed are those who are more right than others.” Said Jesus never.”

We know from reading the progressive revelation of scripture, which is the mind of the incarnate and eternal Word, who being God Himself, in the second person of the Trinity, revealed His will for us, and to us, in the scriptures, has explained true doctrines and refuted false ones, as well as condemned those who taught false doctrines as teachers of the devil’s doctrines. He called them, children of their father the devil.

“43“Why do you not understand what I am saying? It is because you cannot hear My word. 44“You are of your father the devil, and you want to do the desires of your father. He was a murderer from the beginning, and does not stand in the truth because there is no truth in him. Whenever he speaks a lie, he speaks from his own nature, for he is a liar and the father of lies. 45“But because I speak the truth, you do not believe Me. 46“Which one of you convicts Me of sin? If I speak truth, why do you not believe Me? 47“He who is of God hears the words of God; for this reason you do not hear them, because you are not of God.” John 8:43-47 (NASB)

Jesus is the true and living way, and as we can see from what he said in John 8, He is definitely concerned with true doctrine about Him. If someone says they know Jesus, I would ask them questions about Jesus to see if we are talking about the same Jesus. What I know about my Savior is very important. It is the difference of knowing the true Jesus as He has expressed Himself in scripture, and knowing a cheap counterfeit that cannot save anyone. While it is true Jesus never specifically said the above quote, it is also true that contrary to the intent of the quote Jesus did always teach the truth, and require it of His followers. Don’t be fooled by slick sayings. As God said,

“4I say this so that no one will delude you with persuasive argument. 5For even though I am absent in body, nevertheless I am with you in spirit, rejoicing to see your good discipline and the stability of your faith in Christ.

6Therefore as you have received Christ Jesus the Lord, so walk in Him, 7having been firmly rooted and now being built up in Him and established in your faith, just as you were instructed, and overflowing with gratitude.