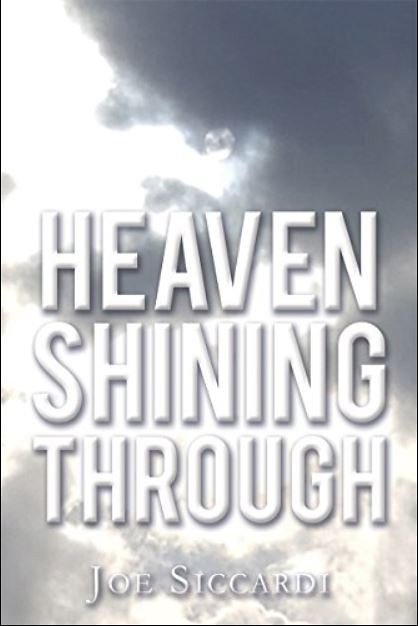 I need to premise this review with the following, I base my final judgment on a Christian book on whether or not it would add significant value to the individual’s Christian library. This novella seems to be skirting the secular, and Christian realms without boldly being in either. It was kind of like an episode of the Michael Landon series, “Highway to Heaven.” It tugs at the heartstrings of Protestants, and Roman Catholics. In my opinion, this is its failing. If it were merely a secular work with the occasional mention of faith, I would have a different opinion. As I understand it, this is intended to be a Christian work.

Without giving any spoilers, this book is a tear jerker. Siccardi tells a story that gets the water works going. I felt for the main character Samantha. She had some great times, and some sad times. It is set back east in the 60’s and 70’s. The story telling moved along, and didn’t make me sit through long tracts of boredom. I thought the author did a good job of bringing the female lead to life in this story, but I am also a middle aged man. I wouldn’t attempt it, but Siccardi did. I don’t think he did a bad job of it. I enjoyed the sacrificial love her husband demonstrated to her, and for her. I think it is what made her character understand real love. It also paralleled her father’s love for her, in light of her mother’s ineffective demonstration of love that seemed to rely on reciprocation, which is not true love at all. I think this theme was well played out, but could have culminated in a direct preaching of the gospel to her mother.

It is a story of reconciliation, but in my estimation leaves out the more important reconciliation, the power of the gospel of Jesus Christ to justify sinners to a holy God. In the progression of the story there were more than a few opportunities to preach the real gospel of reconciliation, and make the distinctions between it and the false gospel of the Roman Catholic tradition. I know many folks have heard, and repeated the idiom, “Preach the gospel, and if necessary use words.” This is falsely attributed to Francis of Assisi. It is also blatantly unbiblical. The Lord Himself commands us to preach the gospel to all the world and make disciples of all men. This by definition requires words. Jesus is the word made flesh. Jesus used words, and so did the Apostles. To preach requires the use of words. I’m not saying that Siccardi used the above quote in his novella, but it seems that principle was employed whether consciously or not.

To be clear, the Roman Catholic tradition relies on the practitioner’s works righteousness by keeping the sacraments. This is akin to the pre-incarnation works righteousness of the Jewish sacrificial system. In contrast the Biblical gospel is that we are fallen sinners in Adam our federal head. If we die in our sins, we will be sent to Hell for eternal punishment by God, who is holy, righteous, and just. In His mercy, and love, He has made a way for guilty sinners to be saved from Hell, and justified to Himself, without violating His justice. Jesus is the incarnate second person of the eternal triune God. He lived a perfect sinless life, was righteous, and in obedience to the Father, and love for His Church, went to the cross of His crucifixion, where the wrath of God was poured out on Him, instead of us. He who knew no sin, became sin on our behalf. He took our punishment on Himself, and atoned for our sin. He expiated it, and when we repent of our sins, and trust solely on, and in Christ, His work on the cross, we are justified to God, by grace, through faith. Christ’s righteousness is imputed to us. We are born again, and translated from death to life. We will be with God for eternity. If you haven’t already, I urge you to repent, and believe.

Would I recommend this book? I would recommend it as a secular work of fiction, with some redeeming qualities. I would not recommend it as a Christian book. So if you are a Christian looking for distinctly Christian fiction, I would look somewhere else. If you are a Christian, and are looking for a quick e-read, and don’t mind a P.G. rating, this is an emotionally compelling story, that can get you crying, unless you are a heartless fiend. If you are not a Christian, you might be offended by some of the faith content, but then again, there is no pleasing you, is there Frank!? So, with everything that I mentioned in mind, I enjoyed the story. It may not be up to the standard of being a seminal Christian classic, but it was a good story, and did demonstrate sacrificial love, and reconciliation of estranged family.

2 thoughts on “A Review of Joe Siccardi’s book, “Heaven Shining Through.””