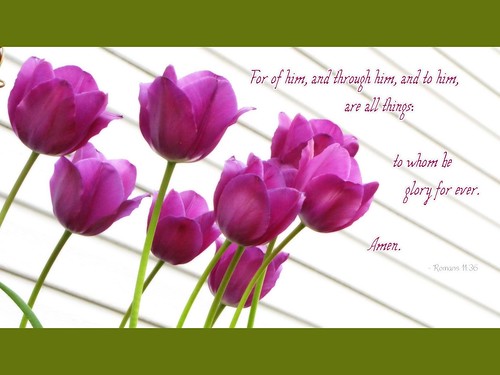 I believe the answer is this man centered hermeneutic when reading the Bible.  It seems to be intrinsic to a large part of American Christianity.  So when we read a passage like this one, where God is using the Assyrians to punish the Israelites as judgment against them, we see it as mere history.  We completely glaze over the obvious fact that God has used them like a weapon.  Even the Assyrian king didn’t give God the glory.  He wasn’t humble at all.  In his impudence, he thought that he was the one who did all of those things to Israel.  Just read the passage, and I’ll be there when you are done…

“Isaiah 10:12-15 NASB So it will be that when the Lord has completed all His work on Mount Zion and on Jerusalem, He will say, “I will punish the fruit of the arrogant heart of the king of Assyria and the pomp of his haughtiness.” (13) For he has said, “By the power of my hand and by my wisdom I did this, For I have understanding; And I removed the boundaries of the peoples And plundered their treasures, And like a mighty man I brought down their inhabitants, (14) And my hand reached to the riches of the peoples like a nest, And as one gathers abandoned eggs, I gathered all the earth; And there was not one that flapped its wing or opened its beak or chirped.” (15) Is the axe to boast itself over the one who chops with it? Is the saw to exalt itself over the one who wields it? That would be like a club wielding those who lift it, Or like a rod lifting him who is not wood.”

Finished?  If you’ll notice how arrogant and proud the king was, it is obvious that he suffered the same self-delusion that many Christians suffer from today.  We think we are just the center of the Christian world.  Oh sure, we give lip service to Jesus, just like some musician on an awards shows thanks Him, along with their entourage and momma.  I encourage you to look at what God says about this arrogant man.  Look at verse 15.  In verses 12, and 13, God says He is going to punish the king after He is done using him.  We then read why God has determined to do these things,

“Isaiah 10:16-22 NASB Therefore the Lord, the GOD of hosts, will send a wasting disease among his stout warriors; And under his glory a fire will be kindled like a burning flame. (17) And the light of Israel will become a fire and his Holy One a flame, And it will burn and devour his thorns and his briars in a single day. (18) And He will destroy the glory of his forest and of his fruitful garden, both soul and body, And it will be as when a sick man wastes away. (19) And the rest of the trees of his forest will be so small in number That a child could write them down. (20) Now in that day the remnant of Israel, and those of the house of Jacob who have escaped, will never again rely on the one who struck them, but will truly rely on the LORD, the Holy One of Israel. (21) A remnant will return, the remnant of Jacob, to the mighty God. (22) For though your people, O Israel, may be like the sand of the sea, Only a remnant within them will return; A destruction is determined, overflowing with righteousness.”

God is the author, His glory is the point, His Holy One is who it is all about.  God chose Israel to demonstrate this through, just like He chose us in Him before creation to demonstrate this through.  Be honored to be used by God in your lowly state as a vessel of honor.  Don’t think that there is something about you that warrants this utilization, not your works, not your choice, not your fallen faith, not your fallen repentance, no there is nothing about you that would make you appealing to God.

“1 Corinthians 1:22-31 NASB (22) For indeed Jews ask for signs and Greeks search for wisdom; (23) but we preach Christ crucified, to Jews a stumbling block and to Gentiles foolishness, (24) but to those who are the called, both Jews and Greeks, Christ the power of God and the wisdom of God. (25) Because the foolishness of God is wiser than men, and the weakness of God is stronger than men. (26) For consider your calling, brethren, that there were not many wise according to the flesh, not many mighty, not many noble; (27) but God has chosen the foolish things of the world to shame the wise, and God has chosen the weak things of the world to shame the things which are strong, (28) and the base things of the world and the despised God has chosen, the things that are not, so that He may nullify the things that are, (29) so that no man may boast before God. (30) But by His doing you are in Christ Jesus, who became to us wisdom from God, and righteousness and sanctification, and redemption, (31) so that, just as it is written, “LET HIM WHO BOASTS, BOAST IN THE LORD.””

It is all about Jesus.  God grants the new birth, the saving faith, the saving repentance from dead works, to Christ, God is the author of our salvation, for His glory, amen.