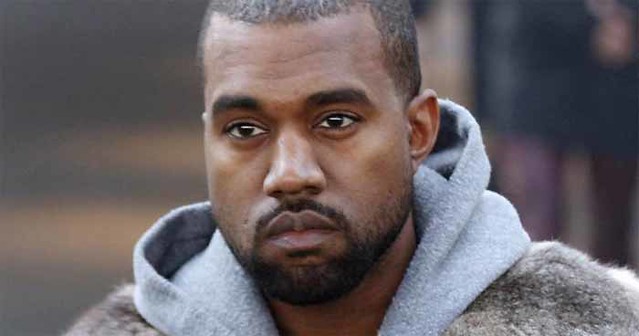 First, we need to respond to Kanye’s confession as we would any other person’s confession, with joy and praise to God.  Second, we must not give more honor to a public celebrity than to an unnamed convert in North Korea, or a person who has grown up in the Church, but came to faith later in life while living a publicly moral life.

If your attitude is one of, “Oh let’s watch and see!  He will fail, and then I will be vindicated in my presumptions about him.”  Well how did that work out for Jonah?  Do you want God’s rebuke as well?  I’m not saying that Kanye is, or is not a true convert.  Time will tell.  He is just a man.  No different than any man.  There are four soils that the seed of the gospel is sewn on.  I hope that Kanye is going to return a fruitful crop of works prepared for him to do before creation, for the glory of God.

Look at him.  He is just a man.  He has a life of sin that was on public display.  You probably had your sins hidden from the public eye.  Living for Christ is the best life a person can have, but it is difficult, and includes suffering.  The Christian life is hard enough without having people sit on the sidelines waiting for you to mess up.  How often in your young faith did you fall to sins that would be scandalous if found out?  Have mercy.  Demonstrate grace, not just to Kanye, but all young Christians.  Correct in love where needed.  Share the gospel.  Engage in the great commission.

Christian music is a mixed bag.  There is lots of good, bad, and in between.  If a new convert, who happens to be a world famous musician, wants to express the miraculous thing God has done to them, it should stand to reason that they would do it through music.  I read a tweet this morning from Shai Linne.  He is a theologically sound Christian, and a very kind man from what I’ve been told.  He is also a rapper.  He even raps theology.  Rap might not be your thing, but that doesn’t mean that it is bad.  If Christian men can reach lost men by expressing their new hearts in their words and music, and since the Bible doesn’t condemn it, and in some places looks like it is acceptable, I say go right ahead.  We have to understand our liberty in Christ, as well as others liberty in Christ.  Christ is our King.  He is our God.  It is His word we read to know Him by.  If a man wants to sing about that, more power to him.  I might even come along next to him and sing as well.

There are some who claim Christ, but their lyrics, and lives demonstrate worldliness, and sin.  Their music is full of carnality.  I’ve just listened to Kanye’s album.  It seems Christocentric to me.  More so than some I’ve heard from other musicians over the years.  Let’s pray for Kanye’s passion of Jesus to grow, and his life to example fruit in keeping with repentance and faith in Christ our Savior.  Let’s pray that for all the new Christians we know, and even ourselves.

Matthew 13:1-23 (NASB Strong’s) Jesus Teaches in Parables
​ That day Jesus went out of the house and was sitting by the sea. And large crowds gathered to Him, so He got into a boat and sat down, and the whole crowd was standing on the beach.
And He spoke many things to them in parables, saying, “Behold, the sower went out to sow; and as he sowed, some seeds fell beside the road, and the birds came and ate them up. Others fell on the rocky places, where they did not have much soil; and immediately they sprang up, because they had no depth of soil. But when the sun had risen, they were scorched; and because they had no root, they withered away. Others fell among the thorns, and the thorns came up and choked them out. And others fell on the good soil and *yielded a crop, some a hundredfold, some sixty, and some thirty. He who has ears, let him hear.”
An Explanation
And the disciples came and said to Him, “Why do You speak to them in parables?”  Jesus answered them, “To you it has been granted to know the mysteries of the kingdom of heaven, but to them it has not been granted. For whoever has, to him more shall be given, and he will have an abundance; but whoever does not have, even what he has shall be taken away from him. Therefore I speak to them in parables; because while seeing they do not see, and while hearing they do not hear, nor do they understand. In their case the prophecy of Isaiah is being fulfilled, which says,
‘ You will keep on hearing, but will not understand;
You will keep on seeing, but will not perceive;
For the heart of this people has become dull,
With their ears they scarcely hear,
And they have closed their eyes,
Otherwise they would see with their eyes,
Hear with their ears,
And understand with their heart and return,
And I would heal them.’
But blessed are your eyes, because they see; and your ears, because they hear. For truly I say to you that many prophets and righteous men desired to see what you see, and did not see it, and to hear what you hear, and did not hear it.
The Sower Explained
“Hear then the parable of the sower. When anyone hears the word of the kingdom and does not understand it, the evil one comes and snatches away what has been sown in his heart. This is the one on whom seed was sown beside the road. The one on whom seed was sown on the rocky places, this is the man who hears the word and immediately receives it with joy; yet he has no firm root in himself, but is only temporary, and when affliction or persecution arises because of the word, immediately he  falls away. And the one on whom seed was sown among the thorns, this is the man who hears the word, and the worry of the world and the deceitfulness of wealth choke the word, and it becomes unfruitful. And the one on whom seed was sown on the good soil, this is the man who hears the word and understands it; who indeed bears fruit and brings forth, some a hundredfold, some sixty, and some thirty.”

James 2:1-13 (NASB Strong’s) The Sin of Partiality
​  My brethren, do not hold your faith in our glorious Lord Jesus Christ with an attitude of personal favoritism. For if a man comes into your assembly with a gold ring and dressed in  fine clothes, and there also comes in a poor man in dirty clothes, and you pay special attention to the one who is wearing the fine clothes, and say, “You sit here in a good place,” and you say to the poor man, “You stand over there, or sit down by my footstool,” have you not made distinctions among yourselves, and become judges with evil motives? Listen, my beloved brethren: did not God choose the poor of this world to be rich in faith and heirs of the kingdom which He promised to those who love Him? But you have dishonored the poor man. Is it not the rich who oppress you and personally drag you into court?  Do they not blaspheme the fair name by which you have been called?
If, however, you are fulfilling the royal law according to the Scripture, “You shall love your neighbor as yourself,” you are doing well. But if you show partiality, you are committing sin and are convicted by the law as transgressors. For whoever keeps the whole law and yet stumbles in one point, he has become guilty of all. For He who said, “DO not commit adultery,” also said, “DO not commit murder.” Now if you do not commit adultery, but do commit murder, you have become a transgressor of the law. So speak and so act as those who are to be judged by the law of liberty. For judgment will be merciless to one who has shown no mercy; mercy triumphs over judgment.

So join with me in rejoicing over all the people who have been saved, are being saved, and will be saved, for their good, and God’s glory!  Praise God for sinners saved, and His goodness, longsuffering, mercy, justice, and grace!