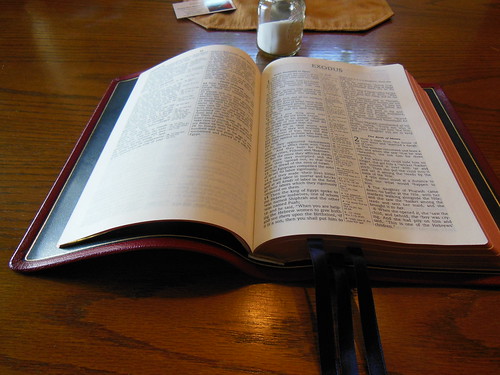 We’ve all seen preachers who take part of verse out of context, and combine it with other fragments to twist the Bible into saying something it doesn’t just to prove a point.  We’ve seen them commit pastoral malpractice by abusing the word of God.  Here is an example.  The Bible says of Judas, “…went away and hanged himself…”

We also know it says, “…“Go and do likewise.”…” Judas hung himself, no go and do likewise…  Do you see how easy it is to teach people damnable heresy, and make it look Biblical?

We call this proof texting.  It is like eisegesis on steroids.  Now granted, most preachers don’t attempt to teach things so blatantly harmful, but in their appeals to itching ears they have done more damage than any temporal erroneous teaching could do.  They haven’t preached the word, and they haven’t taught you the way of life.  They are leading their followers straight to Hell.  Conscious eternal torment…  Think about that for a moment.  They aren’t preaching eternal living, they are teaching eternal dying!

All we need to know to properly interpret scripture as Christians are the 3 keys, context, Context, CONTEXT!  Let’s look at the 2 verses I cited/twisted and see what they look like with just a bit more context.

“  1Now when morning came, all the chief priests and the elders of the people conferred together against Jesus to put Him to death; 2and they bound Him, and led Him away and delivered Him to Pilate the governor.

3Then when Judas, who had betrayed Him, saw that He had been condemned, he felt remorse and returned the thirty pieces of silver to the chief priests and elders, 4saying, “I have sinned by betraying innocent blood.” But they said, “What is that to us? See to that yourself!” 5And he threw the pieces of silver into the temple sanctuary and departed; and he went away and hanged himself. 6The chief priests took the pieces of silver and said, “It is not lawful to put them into the temple treasury, since it is the price of blood.” 7And they conferred together and with the money bought the Potter’s Field as a burial place for strangers. 8For this reason that field has been called the Field of Blood to this day. 9Then that which was spoken through Jeremiah the prophet was fulfilled: “AND THEY TOOK THE THIRTY PIECES OF SILVER, THE PRICE OF THE ONE WHOSE PRICE HAD BEEN SET by the sons of Israel; 10AND THEY GAVE THEM FOR THE POTTER’S FIELD, AS THE LORD DIRECTED ME.””

30Jesus replied and said, “A man was going down from Jerusalem to Jericho, and fell among robbers, and they stripped him and beat him, and went away leaving him half dead. 31“And by chance a priest was going down on that road, and when he saw him, he passed by on the other side. 32“Likewise a Levite also, when he came to the place and saw him, passed by on the other side. 33“But a Samaritan, who was on a journey, came upon him; and when he saw him, he felt compassion, 34and came to him and bandaged up his wounds, pouring oil and wine on them; and he put him on his own beast, and brought him to an inn and took care of him. 35“On the next day he took out two denarii and gave them to the innkeeper and said, ‘Take care of him; and whatever more you spend, when I return I will repay you.’ 36“Which of these three do you think proved to be a neighbor to the man who fell into the robbers’ hands?” 37And he said, “The one who showed mercy toward him.” Then Jesus said to him, “Go and do the same.””

I think it is obvious to all, that proof texting occurs.  As Christians, if we don’t know our Bibles, and Lord well enough, how can we defend ourselves against these false teachers?  Read the word of God.  Know God.  Then you can tell if someone is preaching a false one.

One thought on “The Three Keys to Proper Biblical Interpretation.”