I know it sounds complex, but trust me it isn’t… or perhaps it is? The word, “noetics” means; the science of the intellect or of pure thought; reasoning. So what we are talking about here today is how our ability to reason has been corrupted by sin. See, I told you it wasn’t that complex, but wait, there’s more! When we start getting into the concept I think we will all be amazed at how affecting this problem is. 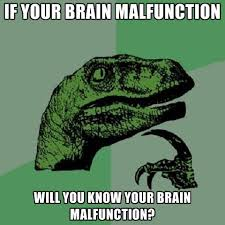 Adam and Eve were made with good minds. They functioned free of sin. Well, then came the fall. They sinned, and God punished them, and their progeny. (us) Part of what happened is that we gained the knowledge of good and evil. We also gained the corruption of our ability to reason. We became spiritually dead and enslaved to sin. God says in His word;

9What then? Are we better than they? Not at all; for we have already charged that both Jews and Greeks are all under sin;

10as it is written, “THERE IS NONE RIGHTEOUS, NOT EVEN ONE;

12ALL HAVE TURNED ASIDE, TOGETHER THEY HAVEBECOME USELESS; THERE IS NONE WHO DOES GOOD, THERE IS NOT EVEN ONE.”

13“THEIR THROAT IS AN OPEN GRAVE, WITH THEIR TONGUES THEY KEEP DECEIVING,” “THE POISON OF ASPS IS UNDER THEIR LIPS”;

14“WHOSE MOUTH IS FULL OF CURSING ANDBITTERNESS”;

15“THEIR FEET ARE SWIFT TO SHED BLOOD,

16DESTRUCTION AND MISERY ARE IN THEIR PATHS,

17AND THE PATH OF PEACE THEY HAVE NOT KNOWN.”

18“THERE IS NO FEAR OF GOD BEFORE THEIR EYES.”

19Now we know that whatever the Law says, it speaks to those who are under the Law, so that every mouth may be closed and all the world may become accountable to God;20because by the works of the Law no flesh will be justified in His sight; for through the Law comes the knowledge of sin.

So God says there are none who understand or seek God. Think about this, if our reasoning wasn’t corrupted we would objectively reason through problems without pride or anger affecting those conclusions. Have you ever been so angry you couldn’t think clearly and made a bad decision you regretted later? Well that wouldn’t happen if we weren’t sinners. Imagine a mind operating free from sinful influence. Do you know who has a mind like that? I’ll give you a hint, the answer is what every kid in Sunday School says when they don’t know the answer… If you said, “Jesus” you are correct. So if you are not God, then you have the problem of sin affecting the way you perceive, process, understand, and apply everything that comes into your head. That’s right kids; we are all under the curse of original sin.

Here is another example, have you ever been so enamored with a person that they could do no wrong according to you? Most of us could say yes to that. The problem is that they are just as much a sinner as everyone else. They aren’t the person you perceived them to be. The mind was not able to properly understand and judge the information available because of sins affect on reason.

Our perceptions are affected by sin. We see what we want to see. We don’t see what is actual. Our reasoning of what we see is affected to. We run everything through a filter that is changing what goes in so that what comes out is not actual. When we are processing the unreal perceptions through a conduit that affects those perceptions we come up with flawed conclusions. These flawed conclusions are then applied to our situations with varying results, none of which are founded on actuality. 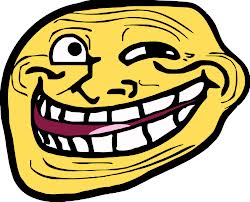 2 thoughts on “The Noetic Effects of Sin, and How it Affects Our Reasoning.”