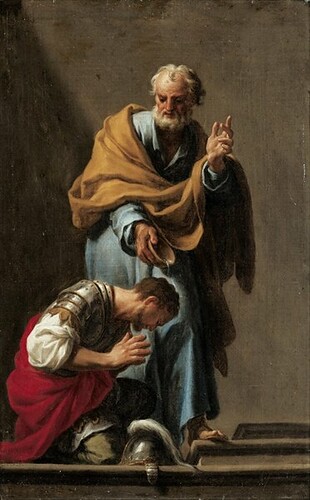 Peter do you love me?

Something interesting, that I don’t remember thinking about before, is found in 1John 21:15-17.  My son Josh was visiting us.  He and I were talking, and he asked if I ever thought of what Jesus was doing when He was asking Peter if he loved Him?  You see, the first two times Jesus asks Peter if he loves Him, He uses the Greek word, “ἀγαπᾷς” it transliterates as, “agapas.”  It is a form of the word, “agape.”  I’ve always been told by people and Preachers that the word, “agape” means, God’s perfect, sacrificial love.  While looking the word up it seems there is more to it than that.  It also has implications of a willful, reasoned, self-volitional type of love.  We also see that this type of love is supposed to be reciprocated by us, to God, and we are supposed to love each other in the same way, in 2Matthew 22:37-39 when Jesus, in Greek uses the word, “Ἀγαπήσεις” or “Agapēseis.”

So why does Peter respond with the Greek word, “φιλῶ” which transliterates as, “philō.”  Philō implies a warm, brotherly love, the kind of love you would have for a very close friend.  So Peter is responding back with a more reserved, lesser type of love, than what Jesus is asking him about.  Keep in mind, this is after Peter had denied that he even knew Jesus, to save his own neck.  Jesus is fully aware of this, and what is going on in Peter’s heart.  One has to wonder, “What was going on in Peter’s mind after these questions from Jesus?”  I’m not going to make any assumptions here.  What we read in the Bible is enough.  It is just one of those things that I have wondered about.  I hope to find out one day.  I think I’ll pass this on to one of my more learned friends and see what they have to say.  I’ll get back to you all.  Maybe, they can comment on this article?