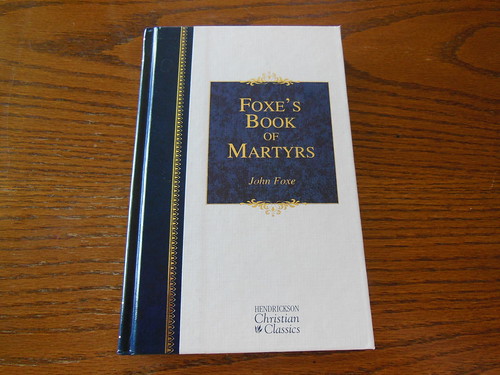 Most of you are familiar with this title. It is an edifying record of several martyrs from the early Church. Every Christian should own a copy of this book, and read it for their growth. We need to know what happened and the culture in which it happened. We need to understand that it could happen again in our own country, and that it is happening now all over the world. If you don’t have a hard copy of this book and only have a digital copy, I suggest you get this one. It is affordable, well done, and printed in the U.S.A. 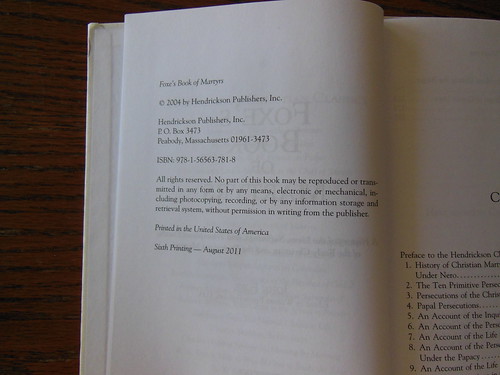 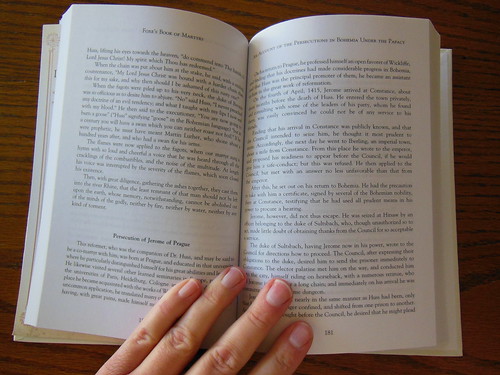 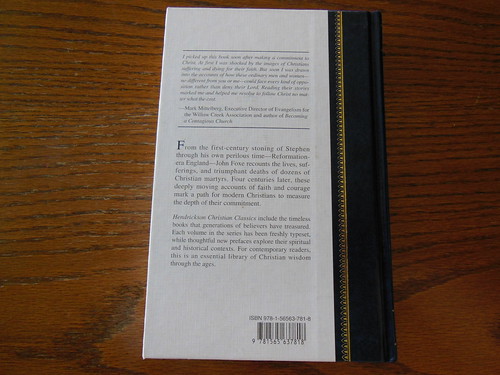 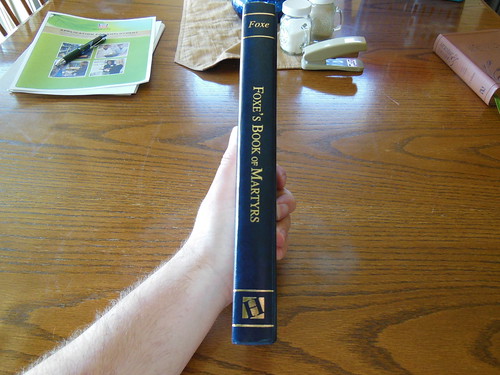 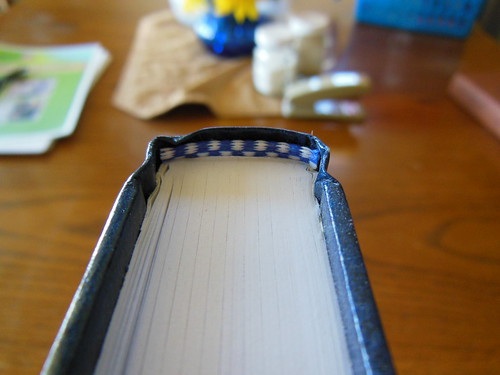 Digital copies are fine, but what happens when tech doesn’t work? What happens if a ruling class decides to issue an electronic update and your devices all rewrite your Christian books? Hard copies, put away in a library are insurance against that. I know, they take up a lot of room, and cost money, and can burn up in a fire, but they are important for archiving valuable information. This book contains content that would help us to act appropriately, in future situations that could be similar or the same. Reading about Christians who were pursued, persecuted, and killed for their faith, should help us understand that their convictions were strong. Stronger than their fear of death. We should all hope that if we, by God’s providence are to be martyred, that He would grant us the grace that these precious ones of His received.

We can read about the Apostles, and men like Polycarp who knew John. Here is an excerpt from the book,
“Polycarp, the venerable bishop of Smyrna, hearing that persons were seeking for him, escaped, but was discovered by a child. After feasting the guards who apprehended him, he desired an hour in prayer, which being allowed, he prayed with such fervency, that his guards repented that they had been instrumental in taking him. He was, however, carried before the proconsul, condemned, and burnt in the market place.
The proconsul then urged him, saying, “Swear, and I will release thee;–reproach Christ.”
Polycarp answered, “Eighty and six years have I served him, and he never once wronged me; how then shall I blaspheme my King, Who hath saved me?” At the stake to which he was only tied, but not nailed as usual, as he assured them he should stand immovable, the flames, on their kindling the fagots, encircled his body, like an arch, without touching him; and the executioner, on seeing this, was ordered to pierce him with a sword, when so great a quantity of blood flowed out as extinguished the fire. But his body, at the instigation of the enemies of the Gospel, especially Jews, was ordered to be consumed in the pile, and the request of his friends, who wished to give it Christian burial, rejected. They nevertheless collected his bones and as much of his remains as possible, and caused them to be decently interred.”

We can also read about men from the Reformation like, John Wickliffe, John Huss, and Martin Luther. What these people did to preserve and spread God’s word, so that we could have it today, should make us appreciate their dedication and spur us on to remain faithful during persecution.