Omnipresent, is the quality of being present in all places.  God is omnipresent.  God is the creator of everything.  He keeps everything from being destroyed.  He makes the natural laws that we rely on to make sense of our world.  Not only does He make those laws, He also keeps them enforce.  God exists independent of the creation.  Time and space are part of the His creation.  He is not.

God is not, some unconscious universal force that permeates everything like what the pantheists believe.  His presence is not, limited to any one time or space.  He can specifically reveal Himself during a time, in a specific location, without ceasing to exist above all time and space.

Here is something we have heard Christians say from time to time, “Yeah man, like… God is everywhere…  He is in the trees, the rocks, the water, and in us.”   This in something a pantheist would say.  We as Christians are not pantheists.  A pantheist believes that God is literally permeating everything, and that everything, collectively is God.  Kind of like the force from Star Wars. 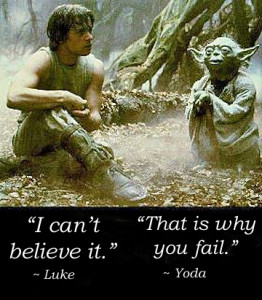 Don’t be confused by what I just said.  “How can God be outside of creation and in it at the same time?” you ask.  In the sense that He is not bound by His creation, or subject to it, He transcends it.  This is what is meant by He is outside of it.  Of course to be everywhere He would need to be, well… everywhere, and He is.  It is that He is sovereign, and transcendent.  I hope this makes it clear