This is God’s ordained arrangement, one man, and one woman, together to make a family with children who are created in the image of God to be image bearers of God for His glory.  Not this abomination which is a perversion of God’s will and blasphemous.

It should literally make you gag and want to upchuck.  It is not, “cute” or, “adorbs.”  It is not brave of them or courageous.  It is sad, sick, and should make us pity them.  They need the gospel.  They need to be saved from their sins and reconciled to God.

Meanwhile here in… Idaho!  One of the most conservative states in the Union…  Uh oh! Gay marriage or jail for you Pastor!!!

This is what the Left has planned for us.  Deep in their hearts they hate God and everyone who is for Him.  They are soft on their tyranny now, but wait, soon they will have us rounded up, executed, and buried in mass unmarked graves.

You say that kind of thing can’t happen…  Read your history.  Every immoral revolution has executed the people or dogs they claim were holding them back from evolving.  Instead of Jews it will be Christians who are to blame.

Just because it isn’t a “Church” and the couple make money off of performing a wedding, they are being compelled by the laws of Sodom and Gomorrah to do the will of the Whore of Babylon and the Beast. Next they’ll be telling us we have to prepare recipes for human baby stew for the satan worshipers if you own a restaurant.  Does anyone remember when the sight or thought of two men kissing was revolting?  How about two women doing the same?  It was revolting until the media started forcing on us.  Then two women became sexy instead of revolting.  People told me, “Don’t be such a prude!  It is hot.”  I remember telling everyone then that this is what would be happening.  Nobody cared or believed me.  Well, it is still revolting and disgusting.  God calls it and abomination.  It should cause our stomachs to turn, just like blasphemy should.  Those that give hearty approval to such things will also be cheering in the streets as we are drug away to death camps. 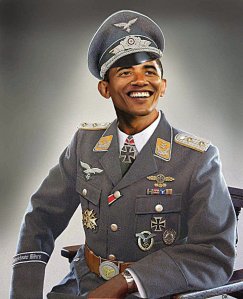 Hey and while we’re at it let’s make those evil Christians Pastors turn over their sermons to be scrutinized by the Gestapo for hate speech violations…  Welcome to the Peoples Democratic Republic of Soviet Secular Atheist Communist Anti-Christ Baby Killing Baal worshiping…  Revelation 6:10 and they cried out with a loud voice, saying, “How long, O Lord, holy and true, will You refrain from judging and avenging our blood on those who dwell on the earth?”  So the answer to all of this is, repent and put your faith in Christ!  We are all wretched sinners and without the atoning work of Christ on the cross to accomplish that which all of our corrupt works could not, the  payment for sin’s debt.  Jesus paid it all, because He is our good God and we are totally dependent on Him.

8 thoughts on “Don’t worry, you won’t have to perform gay marriages they said…”